‘He tortured me… we made each other so much better’: Sir Anthony McCoy pays tribute to Richard Johnson after his great rival brought curtain down on 27-year career at the weekend

Sir Anthony McCoy says the bridesmaid label so often pinned on his championship rival Richard Johnson was unfair as he paid tribute to his former colleague who announced his immediate retirement.

Johnson, 43, let the curtain fall on a 27-year career after six rides at Newton Abbot, leaving the weighing room on Saturday for the final time with four championships to his name. They all came after record-breaking 20-time champion McCoy retired. 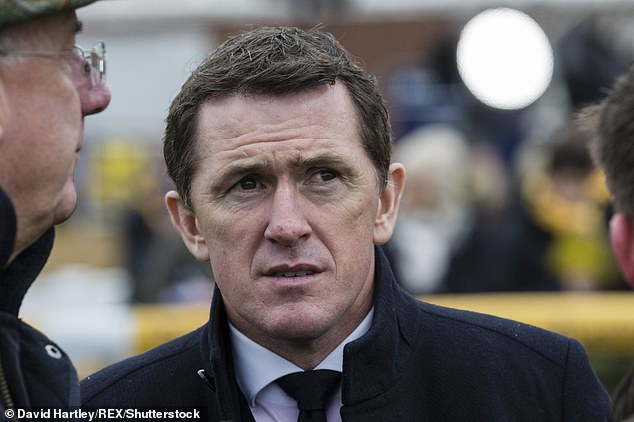 But one of the most quoted statistics about Johnson’s career is finishing runner-up to McCoy 16 times in the jump jockeys’ championship.

McCoy said: ‘Richard was a little unlucky in that I was riding for Martin Pipe, the most numerically dominant trainer possibly ever in jump racing, so I had an advantage and then I had a huge advantage because I was riding for JP McManus because of his number of horses.

‘Richard was up against it and I was lucky that I fell into it and not him. It could easily have been tables turned.

‘But don’t get me wrong, I am not feeling sorry for him. I have thanked him for everything he did for racing but not what he did for me. 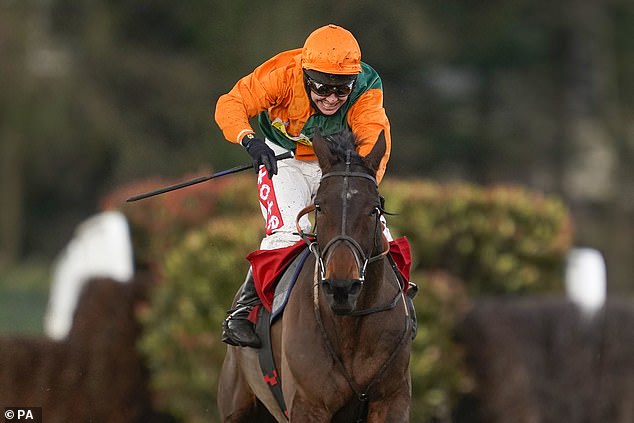 Johnson’s haul of wins falls short only of McCoy, who beat him to the championship 16 times

‘He tortured me. I had nightmares thinking about what he was doing or where he was going to ride. You read a lot of rubbish about sport psychology and control. It doesn’t stop you looking at who you have to beat every day. In a way you need it.

‘I am so lucky in my life to have Richard Johnson because we made each other so much better. I really believe that. There was no room for comfort, that’s for sure. Winning was a must.’

Despite their intense rivalry, the pair remained friends. McCoy added: ‘Richard Johnson and I never had confrontation once in our lives ever.

‘You would want him in the trenches with you. As a person he has very few weaknesses. Every young jockey should aspire to be like him but very few will achieve it. Being a jump jockey there are two ambulances following you in races. The reality was that Richard and I were going into it more than anyone else. 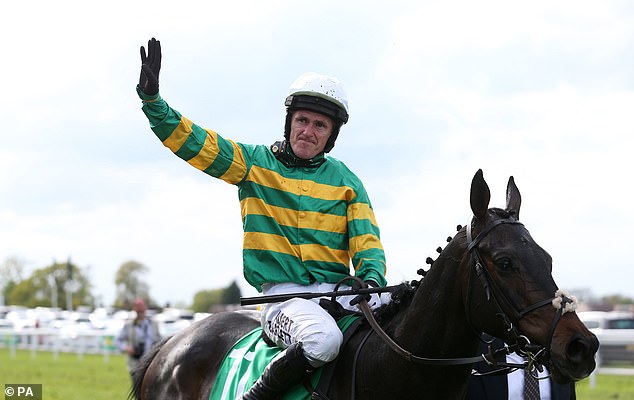 ‘The more you compete, the more you win, the faster you go there is a realisation that, although you are competing against each other, you have to look after one another.’

Appropriately, there was a McCoy connection to the final mount of Johnson’s career, third-placed Brother Tedd in the newtonabbotracing.com Handicap Chase.

Johnson and Brother Tedd won the Bet365 Handicap Hurdle at Sandown on April 29, 2015, when McCoy finished third on Box Office on the final ride of his career.

On Sunday Johnson admitted that he would have bowed out on a high had Native River won rather than finished fourth in last month’s Cheltenham Gold Cup or if he had been successful at Newbury the previous Saturday.

It is appropriate that Brother Tedd should be trained by Johnson’s long-time ally Philip Hobbs. Together they achieved highs with horses like Rooster Booster, winner of the 2003 Champion Hurdle, and Flagship Uberalles, winner of the 2002 Queen Mother Champion Chase. 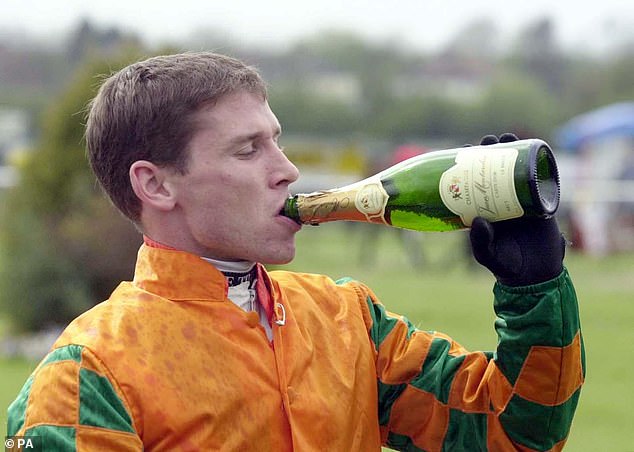 Johnson ended his career with four championship victories to his name amid 3,819 victories

Hobbs confirmed that patient understudy Tom O’Brien will move up to the No 1 slot. He rides Hobbs’ two runners at Chepstow today.

Johnson, whose 21 Grand National rides including second places on What’s Up Boys (2002) and Balthazar King (2014) is a record, will be spending time on the Herefordshire family farm with wife Fiona and children Willow, Caspar and Percy. But he will not turn his back on racing.

He said: ‘I definitely won’t be a trainer but with the breeding side and my strong connections with a number of yards, I’ll certainly be keeping my eye in.’