Subjectivist provided Mark Johnston with a fourth Gold Cup at Royal Ascot, as Stradivarius – chasing a fourth win of his own – met trouble in running and could only finish fourth.

Joe Fanning sat second throughout as Amhran Na Bhfiann set steady fractions at the head of affairs, while Frankie Dettori on Stradivarius was happy to let the race unfold in front of him.

Fanning kicked clear with over two furlongs to run, just before the field turned into the straight, and as the runners bunched up Dettori found a wall of horses in front of him on the favourite.

Subjectivist, ridden by Joe Fanning, has beaten Stradivarius to win the Gold Cup at Royal Ascot 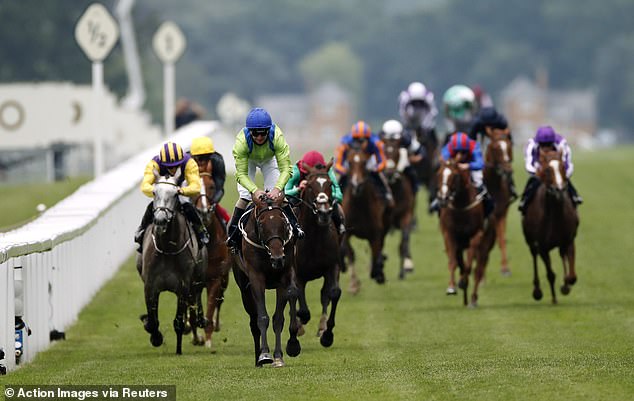 Subjectivist – so impressive in the Dubai Gold Cup last time out and a Group One winner in France before that – took three lengths out of the field and was never likely to be found out for a lack of stamina.

As he kicked clear Amhran Na Bhfiann was weakening rapidly – right into Dettori’s path – and all of a sudden Stradivarius was up against it.

Tony Mullins’ mare Princess Zoe came out of the pack to chase Subjectivist and although Dettori tried valiantly to weave his way through, he found himself with too much to do. 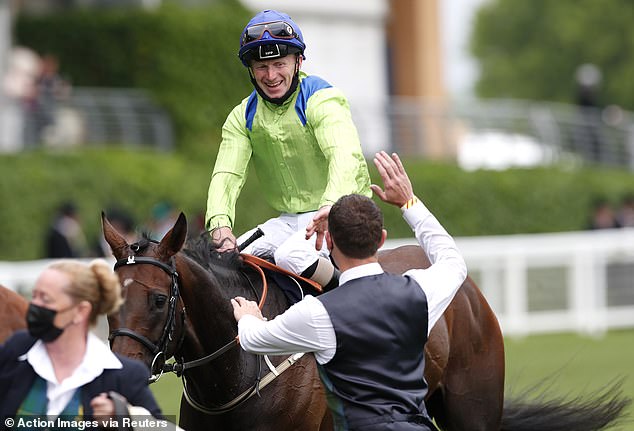 Subjectivist (13-2) had five lengths to spare over Princess Zoe, with Spanish Mission a further half-length back in third, just ahead of the 5-6 market leader.

Johnston had won the race previously with Double Trigger in 1995 and Royal Rebel in 2001 and 2002, and had been second in numerous big races to Stradivarius with Dee Ex Bee and Nayef Road.