‘He has really come of age’: Rossa Ryan backs Mojo Star to give odds-on favourite Hurricane Lane a run for his money in the St Leger… as Frankie Dettori looks to win it for the SEVENTH time

Jockey Rossa Ryan reckons the Cazoo St Leger will be tailor-made for Mojo Star as he bids to upset odds-on favourite Hurricane Lane in the final Classic of the Flat season at Doncaster Saturday.

Charlie Appleby-trained Hurricane Lane has never raced beyond a mile and a half so the one mile, six furlongs and 115 yards of Sunday’s race will take the Irish Derby winner into unknown territory.

The extended distance has some high-profile casualties in the previous 244 runnings of the oldest Classic in the world. 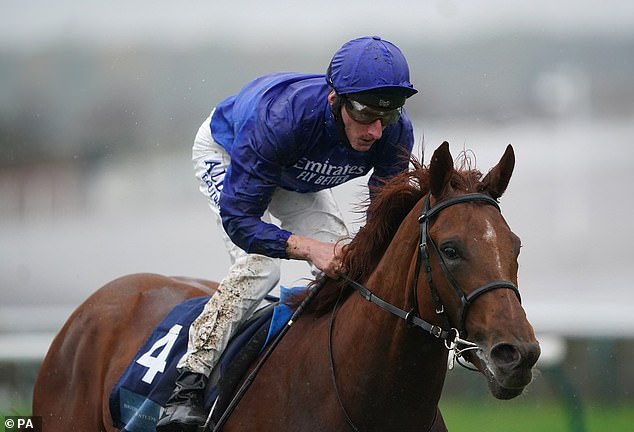 The imperious Shergar found it a step too far when only fourth to 28-1 Cut Above in 1981, and Camelot was the beaten 2-5 favourite when his hopes of adding a St Leger win to his successes in the 2,000 Guineas and Derby were dashed by Encke in 2012.

It’s a new trip too for Mojo Star, but the Richard Hannon-trained colt, who had Hurricane Lane behind him when runner-up in the Derby at Epsom in June before hitting trouble in running in when fifth in the Irish Derby, has looked in need of a longer distance.

Ryan, 21, says all the signs have been positive since Mojo Star was given a confidence-boosting first win in a Newbury maiden last month.

‘The mile and six furlongs is right up his alley and a big open galloping track like Doncaster should suit him.

‘He didn’t have the luckiest run in the Irish Derby. I came to an absolute standstill. I got going again late and I was really kicking myself going away from that day. 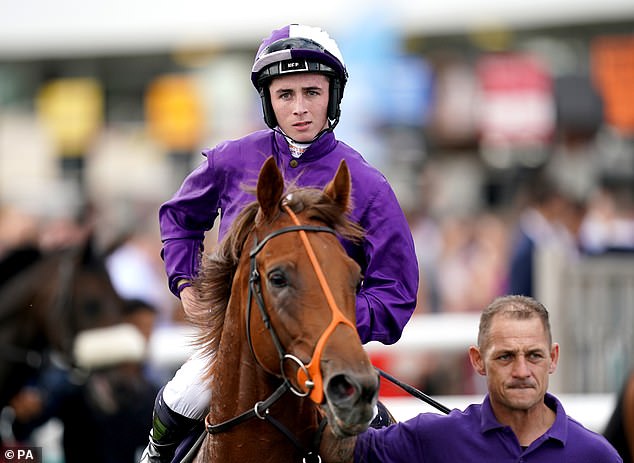 Stradivarius broke the record for the number of European group races won by a horse as he made it 17 with a comfortable success in the Doncaster Cup.

The seven-year-old beat the record previously held by French horse Cirrus Des Aigles as he cruised to a two-and-a-half length win from Alerta Roja.

Frankie Dettori was looking round for non-existent dangers as Stradivarius cruised up over two furlongs out to win the race for the second time.

‘He made it look easy again,’ said the jockey. ‘He still loves his racing.’

The task for 4-11 favourite Stradivarius eased considerably when main rival Trueshan was withdrawn.

John Gosden, who trains Stradivarius in partnership with son Thady, said he could run once more this season in either the Prix du Cadran at Longchamp’s Arc meeting or in the Long Distance Cup at Ascot on British Champions Day, both in October.

Meanwhile, trainer David Menuisier has been dealt a massive blow after Wonderful Tonight suffered a leg fracture that ended her racing career.

The dual Group One-winning filly was being prepped to run in the Prix Foy at Longchamp tomorrow ahead of a shot at next month’s Arc.

‘Hurricane Lane is a class act and the one to beat but the step up in trip and hopefully a bit of rain will do us no harm.’

A broken collar bone ruled Ryan out of the Derby, with David Egan deputising on Mojo Star. The chance of a quick recuperation was then scuppered when Ryan had to have his appendix removed before Royal Ascot.

But Ryan is flourishing now thanks to his link-up with Mojo Star’s owner, leading football agent Kia Joorabchian. His win on Thunder Max at Doncaster yesterday was his 94th of the year in Britain. 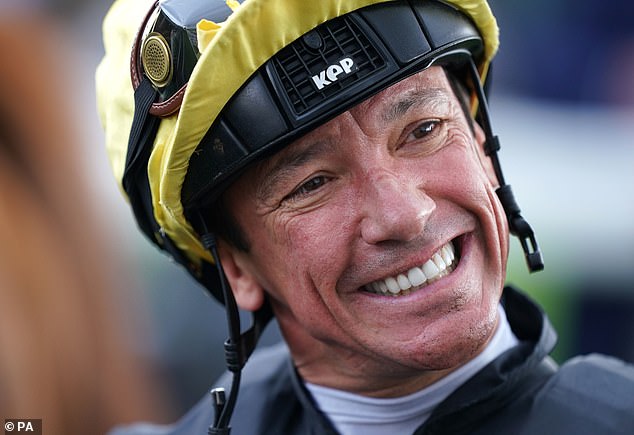 Of the rest of the Leger field, Glorious Goodwood winner Ottoman Emperor looks a threat as he bids to give Johnny Murtagh a win in a Classic he never won as a jockey.

Frankie Dettori chases his seventh Leger success on Aidan O’Brien’s High Definition. He has been a disappointment this season, but his team paid £50,000 to add him to the line-up and he has cheekpieces fitted for the first time.

Hollie Doyle rides O’Brien’s Interpretation, who takes a big step up in class but has proven stamina having won the mile and three-quarter Vinnie Roe Stakes at Leopardstown, beating Fernando Vichi.