John Gosden says the rain which was expected to lash down on Ascot is what he fears the most ahead of the attempt by Stradivarius to win a record-equalling fourth Gold Cup.

Thunderstorms heading Britain’s way from France on Wednesday had the potential to significantly change the going.

With Stradivarius trying to win his fifth race at the royal meeting and match the four Gold Cup triumphs of Aidan O’Brien’s Yeats, jockey Frankie Dettori conceded he is nervous with 12 rivals in waiting.

The latter is the mount of Hollie Doyle and romped to success in the two-mile Long Distance Cup in testing conditions at Ascot last October.

Gosden, who has had three winners this week already and trains the hot favourite in partnership with his son Thady, said: ‘It depends what the French send us with the thunderstorms! If we have 10mm that’s fine, but if we get huge downpours it compromises his chances because his strength is his acceleration. 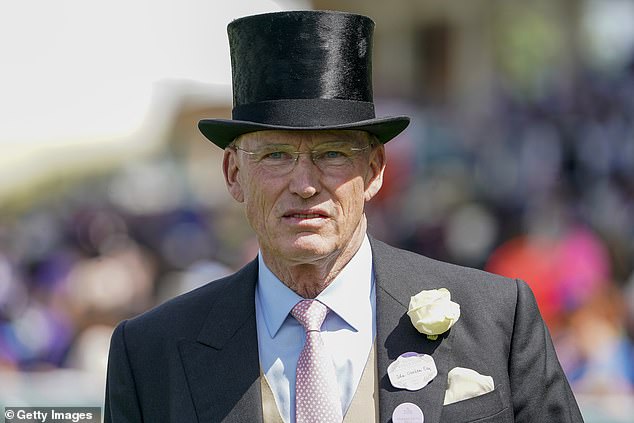 ‘It blunts the speed he has over that trip. He is in good form but the more rain that comes, it turns the scales against him and favours the other horses.

‘If we ran him on today’s ground, I don’t think they would touch him because he loves fast summer ground.’

Dettori added: ‘I’m not lying, I’m nervous. I’m not going to get overexcited, I’ve got a job to do. There are more runners than I thought, and then there’s the question mark of the rain, so there’s a lot of things to worry about.

‘I’m very pleased with the horse, his homework and demeanour has been good, but he’s trying to do something that only Yeats has done — win four Gold Cups.’ 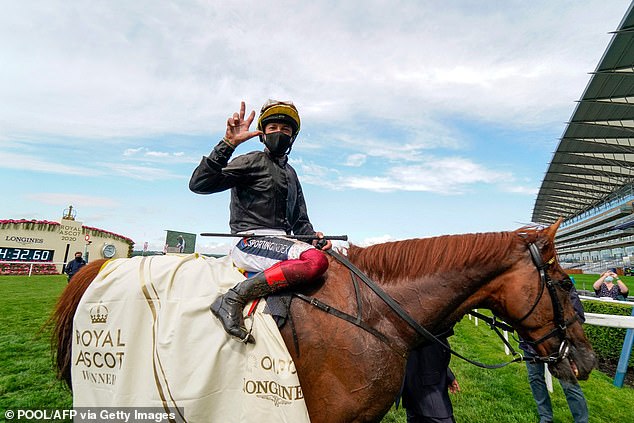 Jockey Frankie Dettori, on board Stradivarius, conceded he is nervous with 12 rivals in waiting

Preparations for Stradivarius have gone to plan with Gosden using the Sagaro Stakes at Ascot rather the Yorkshire Cup as the seven-year-old’s prep race.

His comfortable length win should have been enough to reassure backers that being trounced in the 2020 Long Distance Cup — Stradivarius was beaten over 60 lengths — and running him in deep ground when seventh in the 2020 Prix De l’Arc de Triomphe seems not to have left a mental or physical scar.

The Gold Cup line up also includes 2020 Derby winner Serpentine, one of three Aidan O’Brien runners in the field.

Ryan Moore’s mount has never raced beyond a mile and a half. He will be the first Derby winner to run in the two-and-a-half mile centrepiece of the royal meeting since Blakeney in 1970. The last horse to win both the Derby and the Ascot Gold Cup was Ocean Swell in 1945.