Frankie Dettori hailed Palace Pier as the best miler he has ever ridden as the colt overcame a disrupted preparation to land back-to-back runnings of the Prix Jacques Le Marois at Deauville.

It was a sixth win in the Group One race for Dettori as Palace Pier, who beat Poetic Flare by a neck, became the first horse to win the Marois two years running since Spinning World in 1997.

John Gosden, who trains Palace Pier in partnership with son Thady, said the odds-on favourite was only 80 per cent fit after missing work because of a blood disorder which forced him out of last month’s Sussex Stakes at Glorious Goodwood.

Frankie Dettori think he has ridden the greatest miler of his career, after winning on Palace Pier 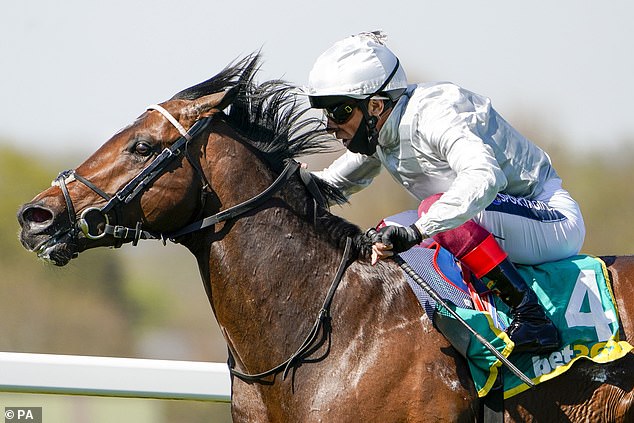 Dettori said: ‘I love the horse — he’s the best miler I’ve ridden. He’s got everything.

‘We were rushing to get him here. He’s missed a bunch of work but it is so good we got away with it.’

Palace Pier, who has won nine of his 10 starts, will be given a break until Champions Day at Ascot in October. 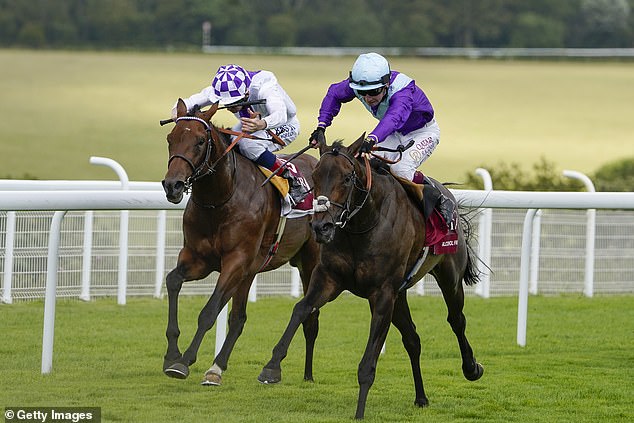 Trainer Willie Mullins lands 1,875-1 five-timer on the opening day at the Punchestown festival