By Kishan Vaghela For Mailonline

Denise Foster will take over as licensed trainer from Gordon Elliott after he was handed a 12-month ban following over a shocking photograph of him sitting on a dead horse.

Elliott was fined £13,000 and received a 12-month ban – six months of which were suspended – from the Irish Horseracing Regulatory Board earlier this week after the picture caused worldwide outrage.

And while that ban is served, Foster – who trains around 20 horses herself – will take over training duties as caretaker ahead of Cheltenham Festival in 10 days time.

‘Gordon Elliott Racing is pleased to confirm the Racing Post story that Denise Foster will take over the licence at Cullentra Stables during the period of Gordon Elliott’s suspension,’ a statement read.

‘Denise is vastly experienced and her appointment is great news for staff and owners. Gordon will be available to assist her as she requires.’

Foster – who is based in Enfield in Co Meath, Ireland – had a winner at Dundalk last month with Swiss Swoo.

She also recently rode Getaway Goldie to a third-place finish in a handicap hurdle at Fairyhouse, while a listed race win for Lily’s Rainbow at Navan in 2016 and Not For Burning’s victory at the Fairyhouse Winter Festival rank high in her career achievements. 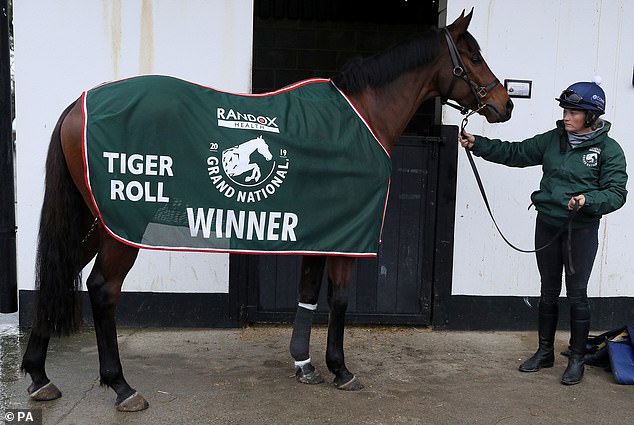 Elliott’s suspension will begin on Tuesday, a week before the start of Cheltenham where he would ordinarily have enjoyed 50 runners competing for prizes.

The IHRB referrals committee, who said their organisation had received an avalanche of complaints, said in a statement: ‘We consider a suspension of Mr Elliott’s training licence is merited.

‘To reflect the seriousness of the offence and the damage to the Irish racing industry, to deter other offences of this nature and, having taken into account the mitigating factors we have heard, we consider the period should be 12 months.

‘However the last six months of this will be suspended. The committee also notes that Mr Elliott has stated to the committee that he will not attend a race meeting or a point-to-point for six months and we accept that helpful course.

‘The committee are satisfied that the publication of this photograph is part of a concerted attack on Mr Elliott, the full circumstances of which are unknown.’ 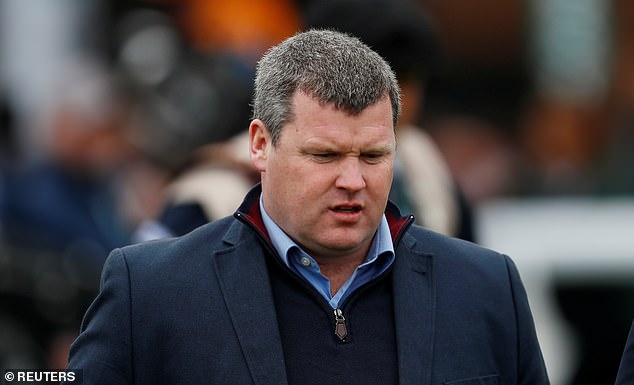 The 43-year-old Meath trainer – who will not be allowed to train horses again until August of this year – signalled that he intended to return to the sport when his ban ends.

A statement issued by his legal team said: ‘I accept my situation and my sanction. I was dealt with fairly.

‘I am in this situation by my own action and I am not going to dodge away from this. With my position in the sport, I have great privileges and great responsibility. I did not live up to that responsibility.

‘I am no longer the teenage boy who first rode a horse at Tony Martin’s 30 years ago. I am an adult with obligations and a position in a sport I have loved since I first saw horses race. 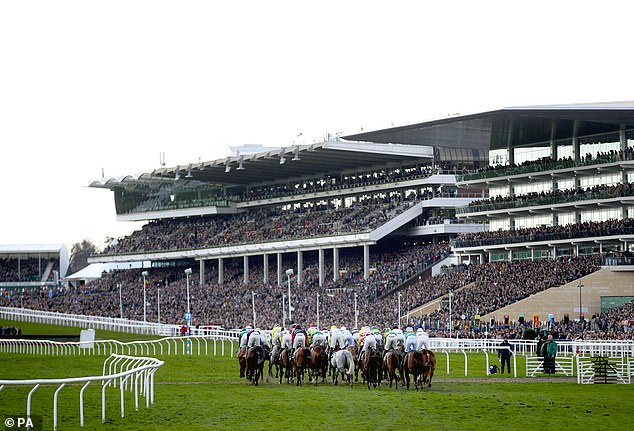 It comes a week before the start of Cheltenham, where he would ordinarily have enjoyed 50 runners

‘I am paying a very heavy price for my error but I have no complaints. It breaks my heart to see the hurt I have caused my colleagues, family, friends and supporters. I have a long road ahead of me but I will serve my time and then build back better.

‘I was disrespectful to a dead horse, an animal that had been a loyal servant to me and was loved by my staff. I will carry the burden of my transgressions for the rest of my career. I will never again disrespect a horse, living or dead, and I will not tolerate it in others.

‘Finally, I want to thank my owners and my staff who, despite being let down by me, have been unstinting in their support. I will vindicate their faith in me.’