Rachael Blackmore continued her fine week at Cheltenham as Allaho took apart a quality field to win the Ryanair Chase on Thursday.

The Cheveley Park Stud-owned seven-year-old simply ran his rivals into the ground from the off, with Blackmore making her intentions clear from flag-fall in setting a strong pace and putting the rest of the field under pressure.

Min, who won the race last year, tried to match his stablemate but was burned off from three out, where Allaho pulled clear of the opposition. 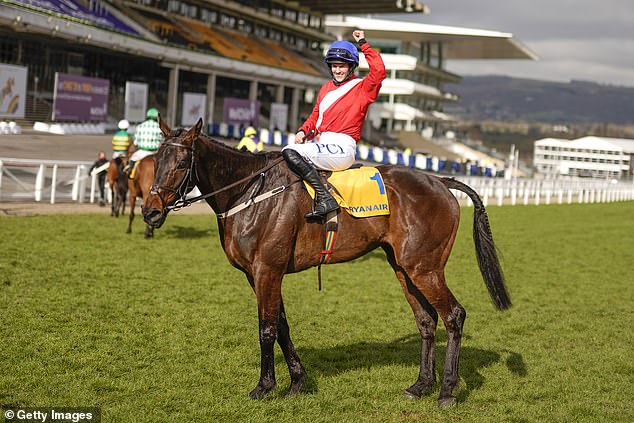 Victory never looked in doubt as the 3-1 favourite kept going to strike by 12 lengths from Joseph O’Brien’s Fakir D’oudairies, with Tornado Flyer half a length away in third for the Mullins stable and Amy Murphy’s Kalashnikov a creditable fourth.

Blackmore, who was notching her fourth success at the meeting, said: ‘It’s incredible, as a jockey when you’re getting legged up on these kind of horses for Henry de Bromhead and Willie Mullins, they just know their job. It’s fantastic.

‘He was just jumping and travelling, he’s a real galloper, that’s how I rode him and it was either going to work or it wasn’t and it worked. 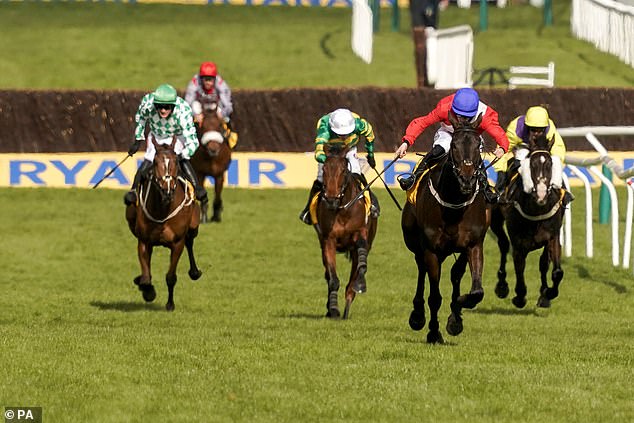 Allaho, who was the 3-1 favourite, moves clear of the field during Thursday’s Ryanair Chase

Mullins said: ‘That was an awesome performance. I thought Min would go with him every step of the way but his jumping wasn’t up to scratch, we might have to look at that.

‘Allaho did everything right. The first thing I did when Rachael came back was lift the number cloth to see if the lead was still in there as it looked like he was just carrying Rachael! 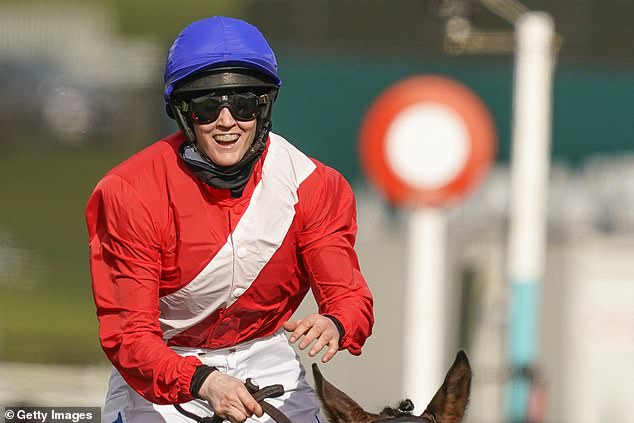 ‘He was just awesome, his galloping and jumping, if he puts the two together – I was hoping he could do that over three miles, but if he’s only a two-and-a-half-miler that will do me.

‘I think aggressive tactics suit him, watching at home he just gallops and jumps.

‘I was as gobsmacked as anyone watching it, I fully expected the two of them to collapse at the third-last but that is their style, we just had to hope one would be good enough.