Kondrat rode The Fellow in four Gold Cups and the pair were twice beaten a short-head, by Garrison Savannah in 1991 and Cool Ground in 1992.

Kondrat and The Fellow contested the King George VI Chase at Kempton five times, winning the race in 1991 and 1992. 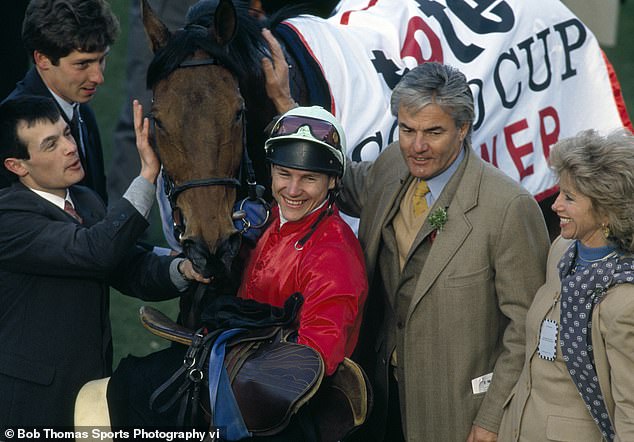 The Gold Cup near-misses led to criticism of Kondrat but eight-time champion jockey Peter Scudamore said: ‘I always felt the criticism was unfair and came from people who didn’t understand the French style of riding. Adam was a lovely guy. He used to stay with me during the Cheltenham Festival. The news is very sad.’

Hughie Morrison-trained Telecaster has been taken out of Sunday’s Prix de l’Arc de Triomphe because of a minor injury.

Telecaster looked assured to have his favoured soft conditions in Paris after a further 3.5 millimetres of rain overnight with the Longchamp ground described as very soft. 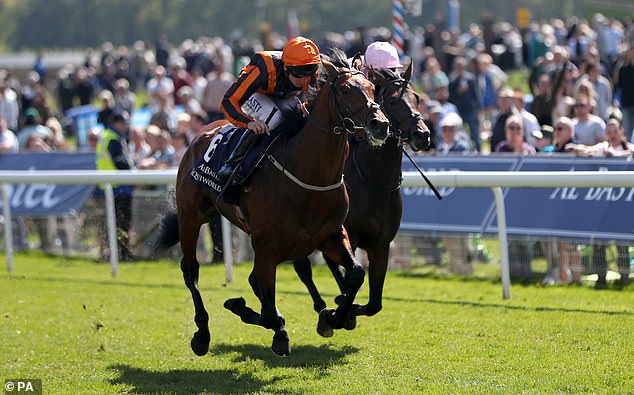 Telecaster won the Dante Stakes at York last year but he arguably put up a career-best performance last time out when winning the Grand Prix de Deauville by six and a half lengths.

It was his second win in France this year, following a success at Longchamp in June.

Mark Weinfeld of owners Castle Down Stud said: ‘It’s a real shame, but this is what can happen with horses, he’s just wasn’t 100 per cent sound this morning.

‘He’s in the Champion Stakes at Ascot and as I haven’t heard what the vet has said, I’m not sure if he’ll make that or not. We just need to know what the problem is. 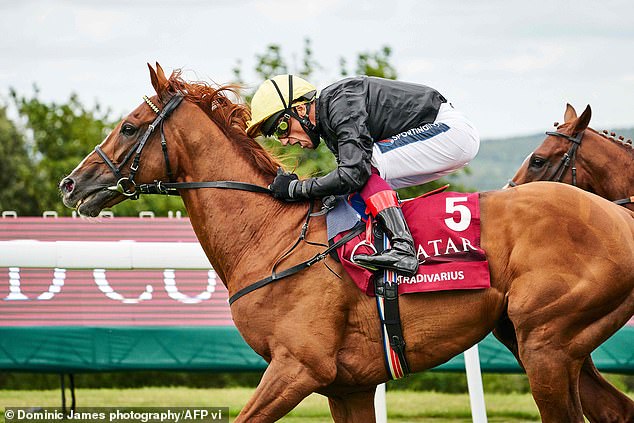 ‘It would be nice if he made Ascot, because that is likely to be soft ground too. It’s rather deflated the week, though.’

‘I was hoping we’d have had a good offer from a stud by now but nothing has come yet, so we could continue next year and hope for a wet year.

‘We’re all very disappointed. But the horse is in one piece, and we live to fight another day.’

The BHA have agreed new protocols which allow jockeys to ride at the Arc meeting without the need to self-isolate on return.

The programme which involves extra testing will enable Frankie Dettori and Ryan Moore to ride in France and also take part in Newmarket’s Future Champions’ meeting the following week and allow Jim Crowley to take up the Prix de L’Abbaye ride on Battaash.